Welcome to the conversation!
If you would like to be a part of this discussion forum, then please register here for access to the discussion.

Please take some time to read our latest newsletter:

Previous issues are available to read, below: 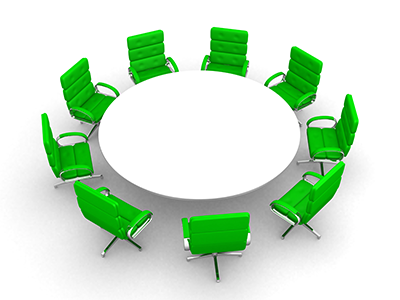 Thank you for your interest in this subject and we look forward to a very interesting and informative discussion chaired by Professor Chris Packard, a biochemist working in the area of medicine. Professor Packard has spent much of his professional life on the staff of Glasgow University and in the Greater Glasgow Health Board.

A second paper entitled, "Further thoughts on the Challenges of Darwinism" was added later

If this is your first visit to the table, you might benefit from reading the introduction below.

Each round table topic has been selected on the basis of at least two criteria: it is an area of fundamental interest to science but it also is a topic of theological interest. Consequently, there is an important conversation to be explored about how, in the context of this subject, our understanding of both science and theology can be expanded.

It is important, as we begin, to establish as clearly as we can:

Why this topic is important

Darwin’s theory of evolution by natural selection has been at the heart of our developing understanding of biology for around 150 years. It provides a scientifically robust explanatory framework for the relationship between all current living species including humans and the mechanism for common descent by which over geological time-frames complex organisms arose gradually from simple primordial cells. All of this is summed up in the oft-quoted statement of American geneticist, Theodosius Dobzhansky: ‘Nothing in Biology makes sense except in the light of evolution.’
‘Darwinism’ is a term used by some commentators (but hardly ever by scientists) to encapsulate the philosophy (‘ism’) that extends the core principles of Darwin’s theory - survival of the fittest etc. - to all areas of human nature. Darwinism, or more broadly scientism, is an approach that seeks to explain all attributes of human beings, including their minds, emotions, personhood, moral sense, and even spirituality in terms of evolutionary processes. It specifically excludes the concept of God and divine intervention.

What are the fundamental underlying questions to be explored?

This is, of course, a very broad- ranging topic that encompasses a number of important and potentially contentious issues. The sub-topics of Darwin, DNA and Divinity each have areas that need to be addressed:-

Where are the boundaries of well-founded science in this area?
What remains to be ‘explained’ in terms of human personality, behaviours and morality? At what point do we extrapolate into Darwinism or Scientism?
Does recognition of our connectedness to all other species on the planet inform the stewardship role presented to man in the Bible?

There is still much to be learned about this ‘code for life’.
What dilemmas will further decipherment of the genetic basis of diseases and disorders bring?
What position should the Christians hold on genetic testing and the ability to identify and choose not to proceed with embryos with abnormalities – physical or mental?
How do we rate identify normal?

Christians believe, as set out in the Bible, that man carries the ‘image of God’.
How does this distinguish us from other species?
When in evolutionary history did this arise?
How is it manifest and can we point to clear human traits that support this paradigm?
Can we both today and in human history point to events and ideas that reveal this image?

Why this subject is significant in discussions about Science and God

No discussion about Science and God can dodge the implications of evolutionary theory of human origins or dismiss lightly the challenge of Darwinism, often argued by atheists to have provided an intellectually satisfying alternative to belief in a creator. Evolution as an explanatory framework for modern biology working over geological timescales contradicts directly belief in a 6-day creation that arises from a strictly literal reading of Genesis. So an understanding of evolutionary theory and informed study of the scriptural account of creation are necessary to establish if the former can have a harmonious relationship with the latter or if the two are mutually exclusive and locked in mortal combat. The claims of Darwinism/ Scientism also need to be understood as to how they impact on our understanding of human nature and destiny as compared to revelation throughout Scripture (not just in Genesis).

The following paper authored by Prof. Neil Spurway (a member of the GTN Council of Advisers) has been selected to provide some thought-provoking concepts to launch this discussion. As chair, Chris Packard has also generated some starter questions (placed at the end of the paper) but do feel free to ask supplementary questions and make comments on any part of the paper as the discussion thread develops.

A second paper entitled, "Further thoughts on the Challenges of Darwinism" was added later